Welcome to Term 4 in whanau Koru.

Room 21 has been using our time in Play in many imaginative and creative ways. I took a selection of photos one morning of Play to capture some of the fantastic ways Room 21 are using this learning time. 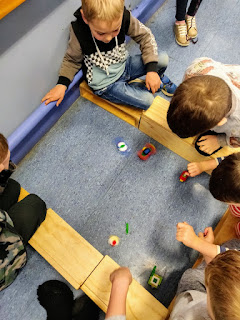 Learners created a beyblade stadium with blocks in the corridor ourside our classroom, which allowed us to battle our 'beyblades' (spinning devices that had been created from lego).  The learners were investigating different areas in the classroom that would make a suitable stadium so that they could see which of their lego constructions was strongest during the battles. 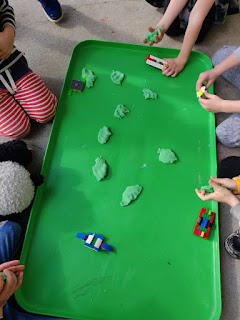 The learners took the lego beyblades outside and investigated adding playdoh buffers to the stadium to see if they could navigate around these during the spinning battles.  It required that they assess their spinning technique in quite a bit of detail in order to be able to move between the buffers and not just crash into them. 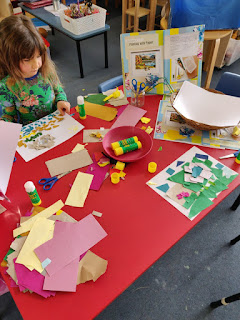 Some learners were interested in making collages from a selection of coloured paper I had set out, creating hills, grass, mountains and the sky in their images. 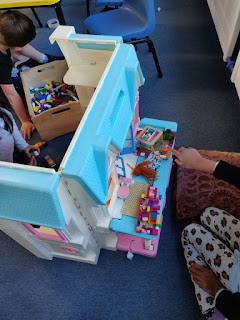 Lego is a fantastic open-ended play tool that was being used to create extra interest and new areas in our dolls house. Learners had decided that they needed to add new detail to our existing furniture and dolls, which extended the narrative or story they were able to create in this space. 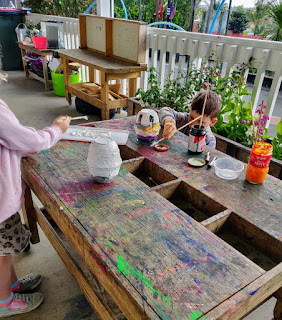 Room 21 enjoy greatly creating all manner of items from various shaped boxes and other upcycled objects that we can use in the classroom. On this morning the learners had decided to paint their space inspired creations to add further depth to their designs. 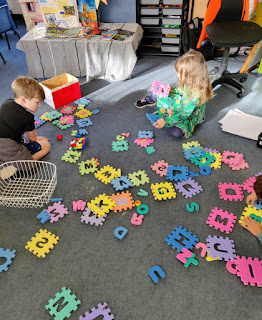 Using role-play or drama in play is a way that learners can make sense of their world, explore and extend their own learning. A group were using our foam letters to write their names and high-frequency words from our butterfly word cards. 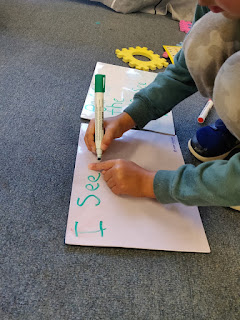 We used some of the high-frequency words they had made with foam letters to create sentences that the learners wrote on to whiteboards.

A morning of learning with Taj 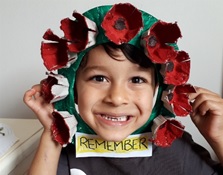